It has been a wet, rainy month here. My writing has gone into hibernation!  My storytelling class just ended and I am feeling a bit bereft – – we had a great, supportive group. I’m determined to get back into the creative groove though.

I’ve been thinking a lot about topics that are hard to talk about or take courage to share. First, I went to a great fundraising luncheon for Amara, which helps to place foster children into adoptive homes. The hour-long program was so powerful and I was impressed at how effectively the organization presented the stories of the people who were impacted by the work. Speakers shared intensely personal stories about being foster children themselves. I’ll write a post about this for Parentmap soon.

Also, a friend wrote a great piece about sex in a marriage, which I thought was brave and incredibly open.  It’s great to have pieces like that to sort of jar you into thinking about the important stuff of relationships. I don’t think I could ever have the courage to talk about something so personal– which is something I struggle with in this blog. People have told me I can be a little too factual, much like a journalist reporting on a story, and I’ve been urged to go a little deeper into how I am feeling about a subject. 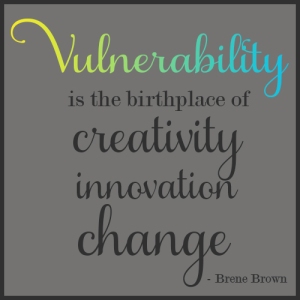 Finally, Oscar season came and went. I’m a HUGE movie fan and there’s nothing I love better than watching a movie on DVD, curled up under the blanket with popcorn. I decided this year I was going to try and see as many of the best picture-nominated movies as I could. Usually I am lucky if I get to see even one, maybe two each year. I ended up seeing more than half of the nominated 9 pictures and get this, I did this all within a month+. See, that’s probably why I haven’t been posting.

Anyway, where am I going with this? Oh, of the five I saw, I was most affected by Twelve Years a Slave. I just knew it would get best picture and was a little hopeful that Chiwetel Ejiofor would get best actor. I didn’t see Dallas Buyer’s Club and from what I understand, Matthew McConaughey, the best actor winner, underwent an incredible transformation in that movie. And character development is hugely important to be an Oscar contender, I think. And yay for Lupita Nyong’o for winning best supporting actress. That woman gave an absolutely powerful performance and her acceptance speech was superb.

Twelve Years a Slave is a movie that everyone should see- my stepdaughter was adamant about that and now I understand why. It’s a part of our history, which we often don’t speak of or acknowledge. At first, I was skittish about seeing it because I knew there would be some hard parts to watch. And that’s exactly why people should see it- to understand and feel in some minuscule way that slavery was pure hell. After I saw it, I was left with a feeling of something akin to outrage– that I lived in a country that allowed slavery to even exist. That allowed people to be treated so inhumanely.

This video clip of the movie moved me the most:

My daughter was curious about why it affected me and I explained that this scene was a turning point for Solomon (the slave character Ejiofor plays) because although he is oppressed, he remembers he still has his faith in God.